What’s in a Name: Chrysanthemum

Although now a distant ancestor to our modern cultivars, Chrysanthemums are native to China where they were cultivated for 2,500+ years before coming to Europe. When translated to Greek, the word “chrysanthemum” breaks down to “chrys” meaning golden and “anthos” meaning flower. Apparently the original, daisy-like wild plant had yellow flowers.

In ancient China, they were considered one of the four “noble plants.” (The other three being bamboo, plum, and orchid.) The petals and leaves were steeped to make infusions for wine and medicine and it was believed that dew collected from the leaves promoted longevity.

In about 400 A.D., Zen Buddhist monks took Chrysanthemums to Japan, and the Emperor Mikado adopted the flower as his royal insignia. To this day, the throne of the Japanese Emperor is called “The Chrysanthemum Throne.”

The botanical classification of the Chrysanthemum also has an interesting history. The International Botanical Congress regularly evaluates plants in a continuous effort to classify plants according to their probable genealogy. This task is much more difficult for plants than animals, since many characteristics used for classification may apply to several families. Some 30-odd years ago, the IBC reclassified our beloved Fall Mums to the genus Dendranthema. The naming was contentious and in 1999 the IBC revisited the classifications and restored the name and classification. The common name ‘Mum’ is certainly easier to pronounce!

The first garden mum was exhibited in England in 1796. Because they are well adapted to greenhouse cultivation and bloom later in the season than many other bedding plants, Chrysanthemums quickly became popular throughout Europe and North America.

Whether you prefer the flowers will a clear center eye, or the pom-pom type, Fall Mums provide us a nice pop of color late in the season.

Caring for Your Fall Mums

Over the years, I’ve planted numerous Mum in my garden, but I don’t feel like I’ve had a really great success rate year-after-year. If you feel the same way, here’s why:

It sounds like I don’t care for Mums, but I do love them! I just treat them as annuals and enjoy them in pots in the fall.

How do they do that?

Fall Mums purchased at the garden center or florist are often perfectly rounded and absolutely covered with flowers. Plants in the garden, on the other hand, are taller, open and sometimes even flop with the weight of their flowers. You might even wonder if they are the same plants!

In the nursery, growth regulating hormones are applied to the plants to keep the stems short. The plants are “pinched” (trimmed) multiple times so that the plant branches extensively to create more flower buds. Light is controlled, which sometimes involves covering the plants at night to force the plants to flower at the “right” (marketable) time.

While growth regulating hormones aren’t available to home gardeners, you can get more flowers on your Garden Mums by pinching or cutting back the plant 2 or 3 times early in the summer. I use a pair of sharp scissors and just cut the plant back by about 1-2”. Sometimes I am cutting off flower buds, but the plant will set more buds. Don’t trim the plant after August 1st for a beautiful fall flower show. 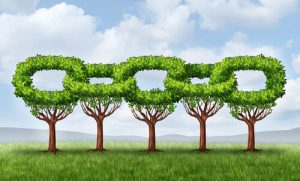