What’s in a Name: Lily

The flowers and plants we enjoy in our containers and flowers beds often have interesting stories of their discovery and their names. Have you ever wondered where the plants came from and how they got their names? This year, I will relate to you the heritage of several of our most familiar flowers. 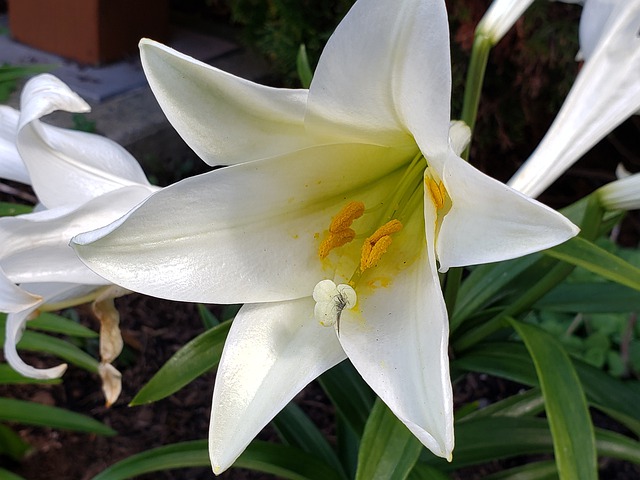 There are numerous plants which go by the common name “Lily” such as Lily of the valley, Peruvian lilies, Daylilies, calla lily, peace lily, and others. Yet the name “Easter Lily” brings to mind a certain plant with large, white trumpet flowers.

The Easter Lily — the Latin name is Lilium longiforum – is native to the southern islands of Japan. In the 1880’s, it was widely cultivated in Bermuda and bulbs were shipped to this country. Around the turn of the century, the Japanese took over the annual growing exportation of Easter Lilies to the United States, and continued to dominate the U.S. export market until the start of World War II.

Today just ten farms in a narrow coastal region straddling the California-Oregon border produce over 95% of all bulbs grown for the potted Easter Lily market. The cultivar most widely grown is called “Nellie White.” This selection was made by a lily grower named James White and was named after his wife. The cultivar “Nellie White” has especially large flowers.

According to Roman mythology, the white Lily is associated with Juno, the queen of gods. It is said that at the time when queen Juno was feeding her baby son Hercules, some milk fell from the sky. The part of it that remained above the earth created the Milky Way and the milk fell on the earth became beautiful white lilies.

Often included in wedding bouquets, the lily is considered a symbol of purity possibly because, unlike other flowers, its sweet scent cannot be extracted as essential oil.

A mark of purity and grace throughout the ages, the regal white lily is a fitting symbol of the greater meaning of Easter. Gracing millions of homes and churches, the flowers embody joy, hope and life. Whether given as a gift or enjoyed in your own home, the Easter Lily serves as a beautiful reminder that Easter is a time for rejoicing and celebrating.

Plants that are called Lily:

Caring for your Easter Lily

Keep your Lily pure by removing the stamens – the pollen producing portion of the flower. Remove them as soon as possible to minimize the mess – the pollen will stain your fingers and your clothing. You can use a tissue to keep your fingers clean. Removing stamens makes the blooms last longer.

When the blooms have faded, remove them by snapping off from the stem.

When all the blooms are spent, cut back on watering to just once a week. Allow the foliage to turn yellow, then cut it from the base. You can plant in the Lily in your garden and it will rebloom for several years – usually blooming in July or August. The plant is, however, fairly short lived. 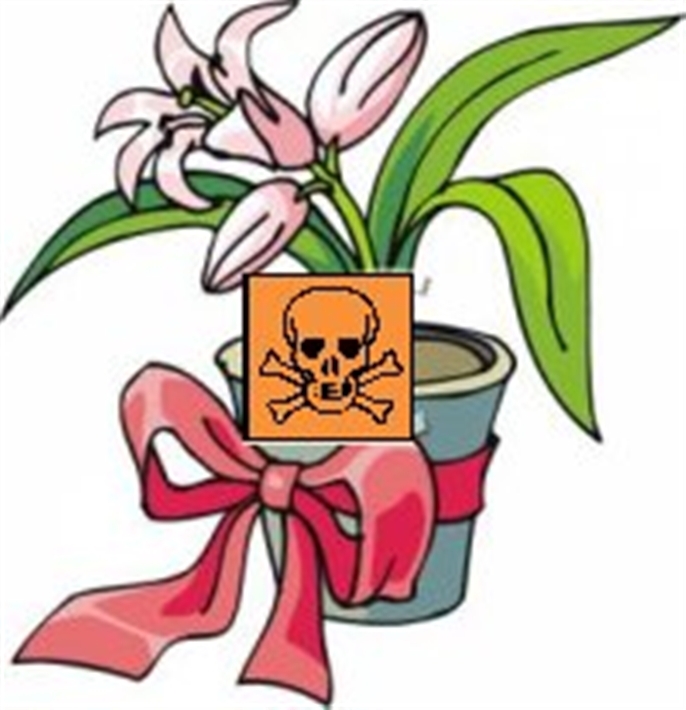 Lilies are poisonous to cats! “All parts of the lily plant, including the flowers, are considered toxic for felines,” says Dr. Lisa Powell, associate clinical professor at the University of Minnesota College of Veterinary Medicine. “Generally, within two hours of ingestion, a cat may vomit, become lethargic, or lose their appetite. These signs continue to worsen as kidney damage progresses and if not treated immediately can result in death.” Postponing treatment longer than 18 hours can result in renal failure and death.

Lilies are NOT poisonous to dogs or horses.

What’s in a Name: Geranium 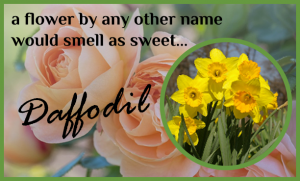 What’s in a Name: Daffodils
Menu